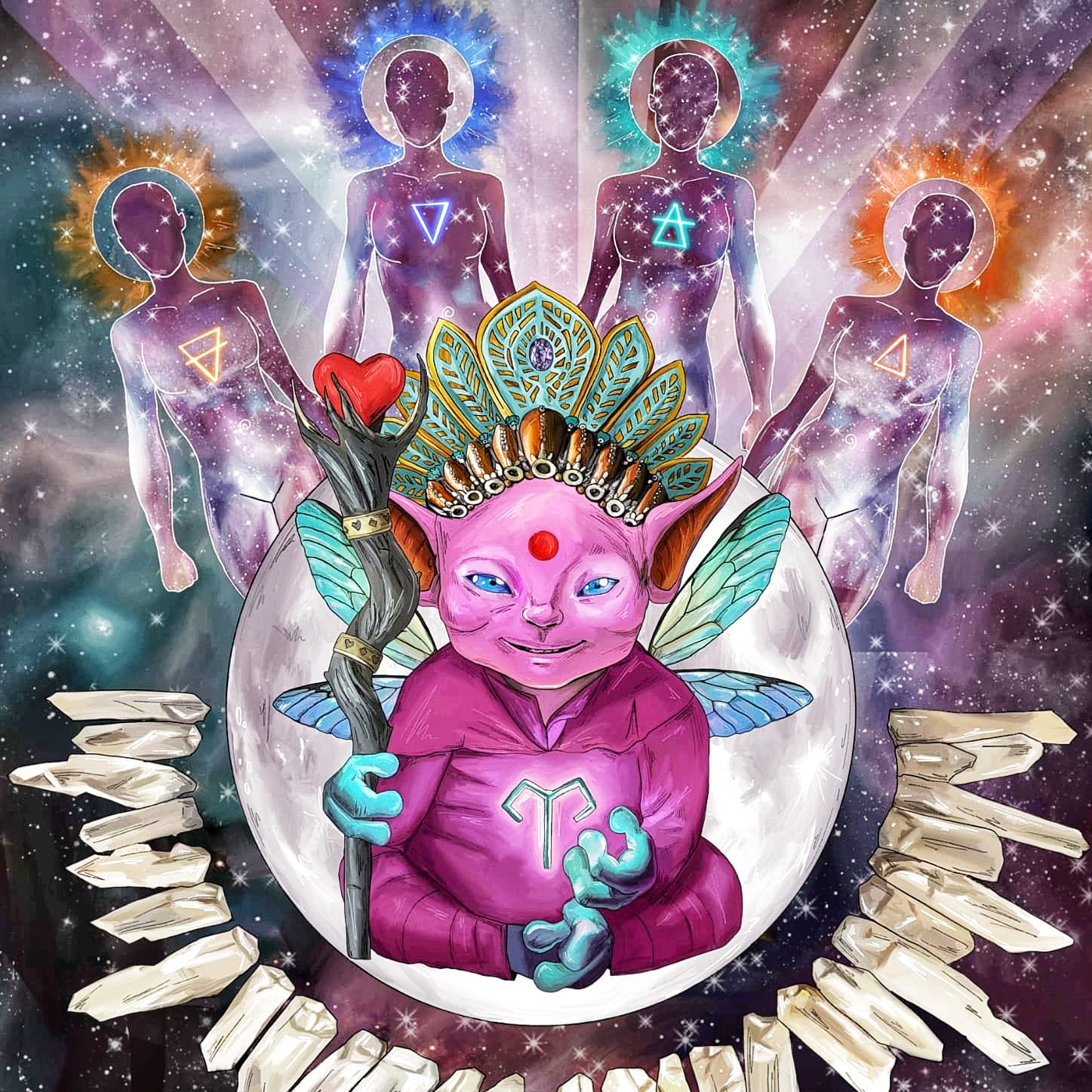 Chi is another word for life energy, i.e. the force that breathes life into matter.

This power appears to modern man as a miracle, and he tries everything to explain this miracle scientifically in some way.

I find that a little amusing – because the ancient cultures knew exactly what the mystery of life force is: Consciousness.

Everything consists of Chi, of life energy. Be it the floor on which your table stands, the table itself, everything on the table, everything in the – for us humans “empty” looking – space around the table, every single cell in your body: They all consist of pure Chi. And every atom that makes up this matter is made of pure consciousness.

This Chi flows into All That Is from a Source that lies behind the veils of human perception. I call this Source “The Source Of All Being, from which everything comes and to which it will one day return”.

Scientists would now immediately compare this statement with the Big Bang and claim that the Source must then be that first sound. But I think the Source existed long before our universe existed, and that Source didn’t create our universe through some kind of implosion, but through a form of fragmentation.

Everything was already one, whole in itself: The primal Chi. When it decided to splinter, it shattered into countless individual splinters. Each of these slivers corresponds to a dimension of perception, for each sliver consists of pure consciousness that chose to perceive.

In the course of the development of our universe, the most diverse of these splinters, all of which consisted of pure Chi, joined together to form new life forms, be they planets, living beings or the darkness of space – all formed from differently dimensional splinters of the primal consciousness.

These beings created from the shards know that they are all made of the same material, which is just composed a little differently. Each atom is aware of itself.

It is only the human being who keeps forgetting this when he limits his understanding of the universe to rational analysis and draws all his Chi into the Mental Body instead of letting it flow freely through his aura.

“It is only with the heart that one can see rightly – what is essential is invisible to the eye.”

When we see with the heart, we see the consciousness that lives in all things. Then, we have no more unanswered questions. Then, we no longer fear death. Because if everything is Chi, we were never born. And what was never born can never die.

Life goes on and we can empower ourselves to see that truth again – if we stop seeing this marvel called life only in the form of organic matter.

If you wish to learn how to see with your heart instead of your brain, you can either do so by using Gnothi Seauton, or by booking private sessions with me.

The picture is custom-made for me and my work by Helena Elias.