Home » Blog » The Colours of the Aura 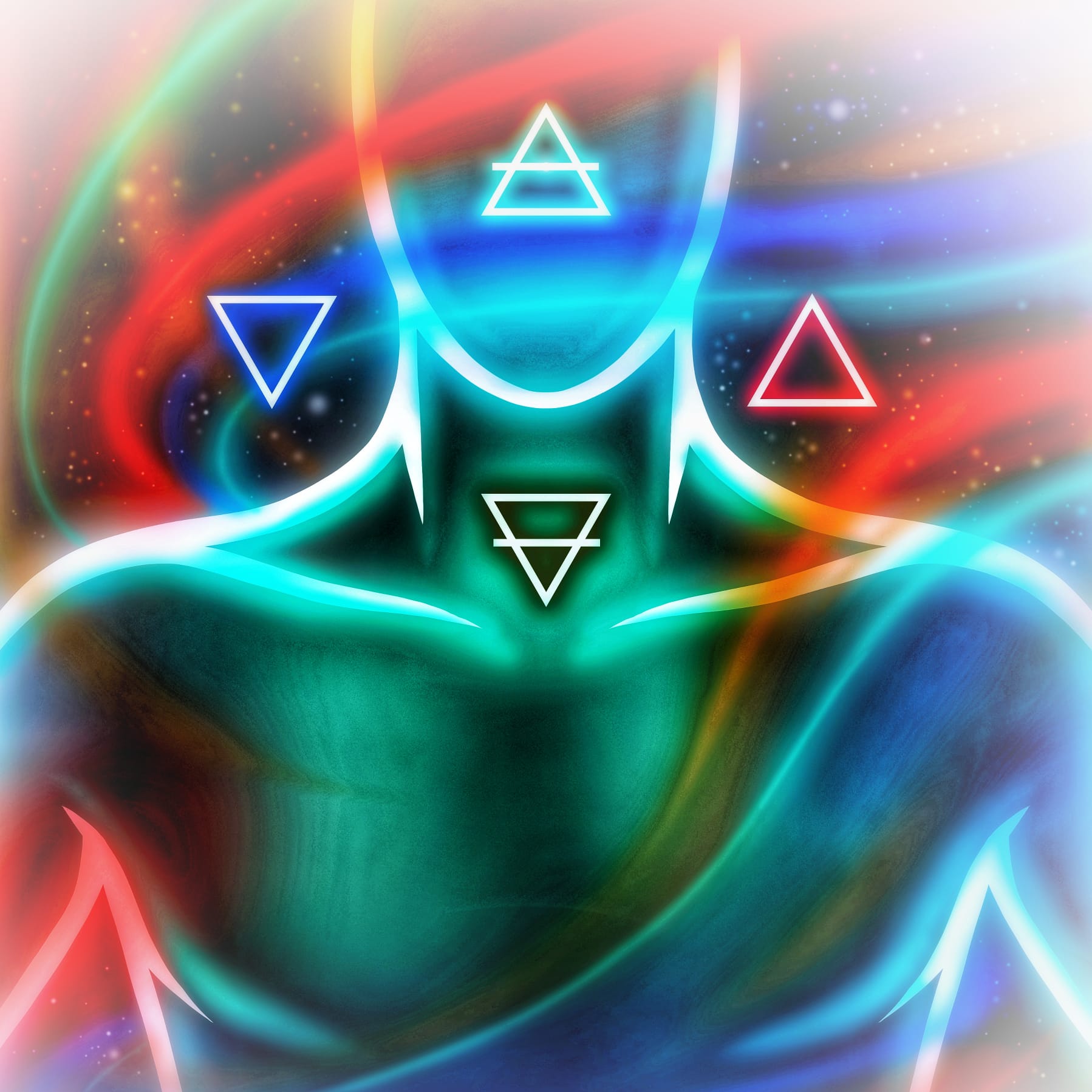 I described how the aura is built up in my article “Connection of Self and Soul“.

Today I would like to go into the colors of the aura. As you may know, you can buy an aura photograph at certain esoteric fairs. This art form absolutely has its merits; I just want to note that your aura almost never looks the same.

The aggregate states of consciousness are as follows:

The Inner Child is the mode we are in when we feel very comfortable and trust our environment and the people in it one thousand percent. But it also carries many of the legacies that come from unhealed situations in the past. This is why the Inner Child can also be very angry and aggressive, or demanding and never satisfied.

The Ego is the mode in which we find ourselves every day, at the latest when we are among people. The Ego is – meanly – often portrayed as something evil, bad – but we would simply forget to eat and thus die if we had no Ego. An Ego is essential to the human journey – how to integrate it is another matter. It’s not about killing or controlling the Ego;  it’s about taming it. Making it an ally and thereby mastering it. Because in a world where there is no death, only transformation, I nurture what I want to kill; only when I want to master it instead of killing it can it begin to nourish me.

The Higher Self is the mode we are in when we have been allowed to travel the globe for months without big plans, have taken psychoactive substances or have built a daily meditation practice into our lives. In this perspective we know that all is One and the problems of everyday life become smaller. Not because they’re really getting smaller; but because the mind no longer attaches itself to them. There is no problem without a solution, so there is no problem – this is the Higher Self’s perspective. Many people who are new to spirituality will escape to this state of consciousness, because it is very distant to the messy human experience. At some point, most of them understand that they have to clear and heal their Inner Child and Ego, as well, to live a happy life.

The Inner Child represents connection; Our Chi aka our consciousness uses this state of aggregation to connect with the outside. Its color is pink.

The Ego represents separation; Our Chi aka our  consciousness uses this state of aggregation to separate itself from the outside. Its color is violet.

The Higher Self stands for union; Our Chi aka our consciousness uses this state of aggregation to unite with the outside. Its color is purple.

Our Chi or consciousness can also be in two or all three of these aggregate states at the same time (especially under the influence of psychoactive substances) – the Inner Child and the Ego in particular can accumulate or alternate with each other drastically quickly.

Let’s take a person who goes to an esoteric fair as an example. He is depressed because he suffers from a chronic illness.

That means his physical body is dark yellow because he is very worried about the future and therefore there is too much air in his earth.

His emotional body is dark blue because he is suppressing his feelings through external actions and therefore there is too much soil in his water.

His mental body is bright red because he is indulging in his thought streams and there is too much air in his fire.

His consciousness is in a mix of Inner Child (curiosity, anticipation), Ego (restraint, prejudice) and Higher Self (inspiration, new discoveries)…

As you can now imagine, this man’s aura will glow in a unique mixture of deep yellow, dark blue, bright red, pink, violet and purple, and will be photographed as such. But already 3 steps further, at the next market stall within the same fair, it can look completely different if something happened on these 3 steps that either changed one of the bodies or one of the states of aggregation.

If you would like to learn more about these things, you can do so in my book “Being Human – A Travel Guide” or by booking private sessions with me.

If you prefer to experience these things directly and try them out for yourself, you can do so with the help of Gnothi Seauton.

The picture is custom-made for me and my work by Kamora Jones.

Connection of Self and Soul Self-Confidence